How Can You Have A DUI Dismissed in Indiana?

What do the terms DUI, DWI and OWI mean?

The term DUI or Driving Under the Influence is commonly used in the United States. In Indiana, DUI is also legally known as OWI or Operating a vehicle while intoxicated. Another term to mean the same thing is a DWI or Driving While Intoxicated.

Whichever term is used, Indiana OWI laws stipulate that it is illegal to drive or operate any vehicle while under the influence of alcohol or drugs. Indiana laws have set the legal limits on a driver’s blood alcohol concentration or BAC. Violations would incur penalties such as jail time or fines, suspension of driver’s license.

Moreover, the legal BAC limit for commercial vehicle drivers is at .04%. If caught, drivers may lose their Commercial Driver’s License (CDL) for one to three years. They will not be provided with probationary licenses to keep working.

However, for drivers below 21 years old or below the legal drinking age, the BAC is imposed at no more than .02%. This is called the zero tolerance law. If caught, under 21 drivers may be slapped with a Class C infraction or a fine of up to $500.

The circumstances revolving around driving under the influence of alcohol and the influence of drugs vary greatly. When drinking, traces of alcohol may leave your body up to certain hours, depending on the amount of alcohol consumed. This means that your BAC level can go down after you have rested or have slept it off for a while. However, this is not the case for drugs.

When consuming drugs, the body breaks down or metabolizes a drug into a different substance. The byproduct of the metabolization is called a metabolite, which could still be in your system weeks or even months after drug ingestion. This means that if you are caught for an OWI or a DUI, your BAC might be within legal limits. Still, registering a metabolite of any Schedule 1 or II drug in your system would make you eligible for an OWI or DUI charge in Indiana.

Are you or someone you know facing DUI charges in Indiana? If so, you should never self-represent and do not plead guilty. Criminal defense attorneys specializing in DUI cases can help you out and even have your DUI charge dismissed with the right strategy.

Yes! A DUI dismissal or OWI dismissal is possible even if you have already undergone the chemical test with results above the legal limit. To understand, let’s discuss some common circumstances leading to a DUI arrest.

Most Indiana DUI cases start when an officer of the law asks you to pull over at a DUI or Sobriety Checkpoint or if you are suspected of Driving Under the Influence. This is usually after committing a traffic violation such as overspeeding, non-use of turn signals, reckless driving, etc.

From here on out, the law enforcer will start checking for signs of intoxication: how and where you pulled over, if your speech is slurred, your response time to their questions, if you reek of alcohol, and even how you compose yourself during questioning.

The officer will then request some of the requirements of operating a vehicle in Indiana, such as your driver’s license and proof of insurance and vehicle registration.

If they still suspect you of driving under the influence, the officer will request you to leave the vehicle to conduct Field Sobriety Tests. This group of tests is utilized to check out the driver’s balance, coordination, and ability to divide his attention to more than one task. You may also be asked to blow into a Portable Breath Test or PBT. The PBT is a handheld device to check if you have been drinking.

The driver is within legal rights to refuse to submit to the Field Sobriety Tests and the Portable Breath Test if the police just pull you over. If you are involved in an accident, refusal to submit to a PBT is considered a Class C infraction. This could result in a license suspension for a year for the first offense and two years if you have a prior DUI record.

Afterward, the law enforcer would request you to undergo a chemical test at the police station. Refusal to submit to the chemical test will automatically slap you with license suspension for a year or two years if you have a prior DUI record.

This is because, upon the issuance of your Indiana driver’s license, you also agree to undergo a certified chemical test should this be requested by an officer of the law. This is called the Implied Consent Law and applies to all holders of a driver’s license.

Should the officer decide to arrest you for DUI, they will restrain you and recite your Miranda rights. At this stage, you are within your rights to contact a DUI lawyer, which is highly recommended.

Depending on the county of your arrest, you may be released from jail through a bond or of your own recognizance without bond. They will provide you with the date and details of your Initial Hearing.

The first hearing of a DUI case is called the Initial Hearing or the Arraignment, where the court will share the type and level of DUI charge the State is charging the defendant. This is referred to as the Information in Indiana. If available, the defendant is also presented with the Probable Cause Affidavit and a Longform Probable Cause Affidavit. At this time, the court will also order the suspension of the driver’s license.

During the Arraignment, the defendant will also enter their plea.

Future hearing dates, including the pre-trial conference and the trial, will also be set during the Arraignment. Your DUI lawyer may make the necessary arrangements to waive the Initial Hearing, where your presence is not required. However, should you self-represent or the Court has not granted the waiver, failure to attend will result in an arrest.

Perhaps the longest stage in an Indiana DUI case, the discovery phase, is when the State provides the evidence against you before trial. At this time, your criminal defense attorney will review such evidence and build your defense.

In a bench trial, a judge reviews the evidence and arguments of all parties and will decide the verdict and corresponding penalties.

In a jury trial, a group of county residents called a jury would review the parties’ evidence and arguments and decide the verdict.

In either type of trial, the State has the burden of proving that you are guilty of a DUI beyond a reasonable doubt.

Can A DUI Case Be Dropped in Indiana?

Each DUI case is unique, as circumstances surrounding the case could always vary. Even before the actual trial of a DUI case, charges can already be dismissed. Experienced DUI lawyers will know the best defense of your case. Some of the strategies that could lead to the dismissal of an Indiana DUI charge are:

Hire Experienced DUI Attorneys To Get Your DUI Case Dismissed

When you’re facing legal matters, it is vital to have a skilled Elkhart attorney by your side who can handle your case with your best interests in mind. At Wilson & Kinsman LLC, our experienced Michiana attorneys are committed to providing quality legal representation in Elkhart, Michiana, South Bend, Goshen, and neighboring counties in Indiana.

Further, Wilson and Kinsman LLC has a track record and extensive experience in DUI dismissals. If you or someone you know is arrested for DUI, consult one of our criminal defense attorneys in Indiana immediately. 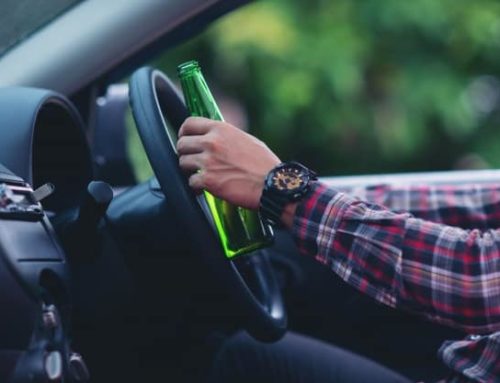 Give us a call!

Read what our former clients have to say:

A man of utmost integrity

Tom is very kind and personable. He is a great attorney to work for and work with. He is a man of the utmost integrity and is forthright in his practice. I would confidently recommend his legal services to any person I cared about.

I was charged with an OWI in Elkhart County and Eric was my first call. He was very helpful and personable throughout the entire process. I certainly appreciated his honesty and professionalism. Eric is definitely well experienced in handling these matters. Thanks to his help and guidance, we were able to have all of our necessary steps done before going to court that helped to retain driving privileges. The judge even remarked at how well the case had been managed during the hearing. With Eric’s help, I was able to obtain specialized driving privileges very promptly. I am still able to tend to my life’s responsibilities and my work. I would highly recommend Eric to anyone else needing help with OWI/DUI charges.